13 May 2018 — Perth five-piece nu-metal/hardcore band 生 Conform 死 ‘s debut album “Circa 94” will see it’s release Friday May 18. The band will be out on their Circa ’94 mini-tour from Saturday May 19 in Perth and Melbourne over two weekends as well, touring alongside The Gloom in the Corner.

The first single from the record – “Blood Eagle” – dropped in April and has managed to see play on triple j on The Racket and Home and Hosed, was added to rotation on triple j Unearthed, went straight to #1 in the Metal charts on the Unearthed platform, added to rotation on The Faction radio, added to official Spotify playlist Homegrown and Heavy, as well as Metal Maniacs, triple j Unearthed’s “best new music” playlist and Pig Squeals and Breakdowns.

“After hearing this, i think i’ve used ‘take no prisoners’ as a phrase too lightly in the past.” – Declan Byrne, triple j Home and Hosed

“This bloody kicks ass. Everyone needs to listen to this.” – Claire Mooney, triple j 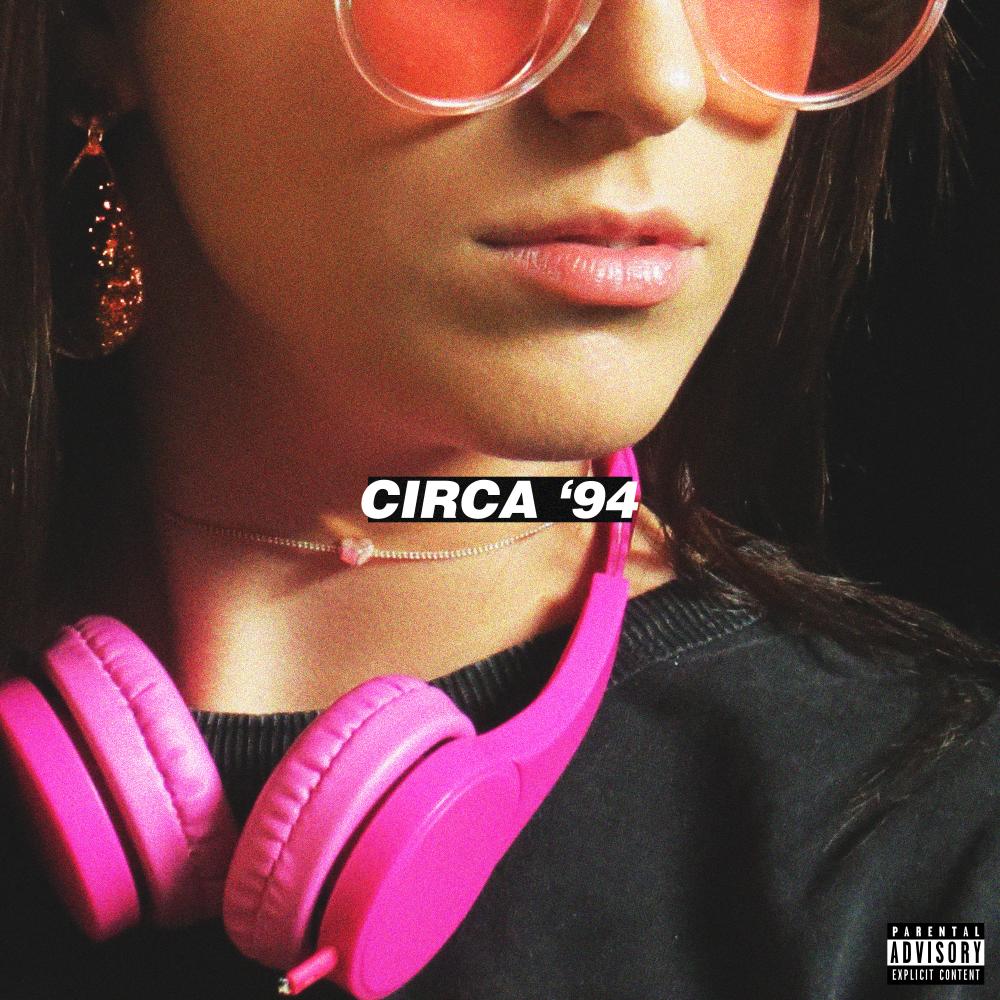 “Playing music and being in a band is the shit! Right?

It’s true that very few feelings come close to that overwhelming rush you get when playing a bunch of songs, that you probably wrote in a mates stank-filled bedroom, to a crowd of people you may have never met before and having them get just as rowdy as you’d hoped, when you were nit-picking over it.

Some shows go better than others, and some go utterly terribly.

Some bands lose that drive to keep going and inevitably fade out of existence.

Majority of the band members can sell their instruments and move on with their lives quite easily if they wish, but as a vocalist, you have to put your instrument on the line every single show and when you ‘break a string’ it’s not such an easy process to fix it.

So, when a band you’re in begins to lose traction, and all the money you invested, all the shows that made you play your heart out and all the following days that you spent resting your instrument, hoping that you’d have a stronger or even just a usable voice by the end of it all, starts to feel like a complete waste, it’s disheartening at the very least.

After four years in previous bands I found myself in that exact disheartening spot when I was approached by Conform.

I jumped in halfway through the recording of the first release ‘Vol I: Cigarette Lullaby’ in 2016, and I had to adapt quite a bit from my previous bands in terms of style, pushing myself to what were my limits at that time. Surrounding that release, the shows we played had been the best shows I’d ever played – but unfortunately, I pushed myself too hard at a show and caused some damage. On the bright side, it was our last show for quite some time and I had about 6 months of rest ahead of me.

Two years after joining Conform, I was sceptical on whether or not to put myself through that financial, mental and physical burden again – but from the moment Jez (guitarist/producer) and I started tracking, I felt the growth my voice had undergone and I knew I had to stick this through. The songs on Circa ’94 are the best that I’ve ever been a part of and ‘Six Years, Sick Fears’ pays ode to that and to every vocalist that has ever put their voice on the line to create music they are passionate about.”

With Conform’s innovative approach to song writing paired with their strong, self-driven work ethic, they will be breaking new grounds and honing their sound with their upcoming release. Conform have played alongside international and national heavyweights such as Being as an Ocean, Protest the Hero, Make Them Suffer, Saviour, Justice for the Damned, Ocean Grove, Polaris and more.

Conform’s debut album “Circa 94” will be released on Friday May 18. The single “Blood Eagle” is out on Spotify and streaming services now and “Six Years, Sick Fears” will be out with the album on May 18.

For more information, go to facebook.com/liveconformdie. 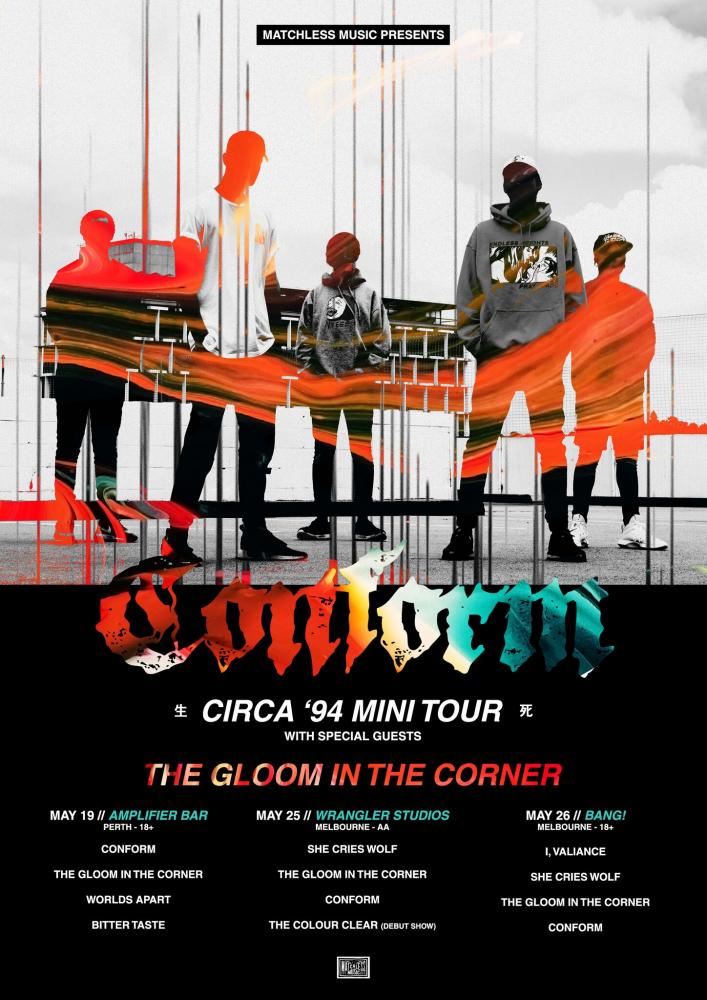 Friday May 25 – Melbourne, VIC – Wrangler (AA)
w/ She Cries Wolf, The Gloom in the Corner, The Colour Clear (Debut Show)