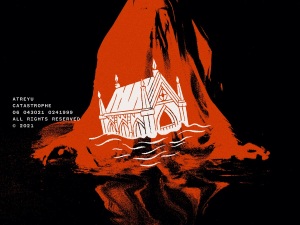 NEW ALBUM BAPTIZE OUT JUNE 4 Atreyu will release their new album, the John Feldmann-produced Baptize, on June 4 via Spinefarm Records. Pre-order it here. [...]

“We’ve never been handed a golden ticket and never been given a free ride to the top of the mountain,” the band says about the song and [...]

ATREYU PREMIERE NEW VIDEO FOR “SO OTHERS MAY LIVE” VIA ALTERNATIVE PRESS  SONG TO BE FEATURED ON RECORD STORE DAY SEVEN INCH Atreyu, one of the most prominent [...]

Review written by Emily Noordzy. I was more that ecstatic to hear the Of Mice & Men were going to play a Sidewave. Even better, a triple headliner. I’m going to admit [...]