RYAN HAMILTON & THE HARLEQUIN GHOSTS seriously just keep better and better even though I wonder how that can be possible! I adore his latest single Oh No’ (feat Kay Hanley) that has a catchy chorus and an engaging video. I encourage you to preorder ‘NOWHERE TO GO BUT EVERYWHERE’-, as it is one album you have to have!

RYAN HAMILTON & THE HARLEQUIN GHOSTS return with ‘Oh No’ (feat Kay Hanley), the latest single from their highly anticipated new album: ‘Nowhere to Go But Everywhere’ (out 18 September, via Wicked Cool). Pre-order here.

A music lover’s paradise, the latest from Ryan Hamilton and co. plays like who’s who of all of your favourite records in one sweet hit. With name-checks for ‘Nevermind’ to ‘Purple Rain’, ‘Darkside of The Moon’, ‘Let It Bleed’, ‘Hunky Dory’, ‘Born To Run’ and countless others, ‘Oh No’ is the closest you’ll come on record to capturing that unbeatable feeling of rifling through the racks in your favourite record store. Arriving just ahead of the 2020 Record Store Day celebrations, you’ll be hard-pressed to find a more joyous celebration of getting lost in music.

With references to REM’s pop-perfect ‘Out of Time’ and Tom Petty’s seminal ‘Wildflowers’, the track arrives like a 3-minute distillation of both; a beam of radiant sounds and infectious hooks. Featuring the guest vocals of acclaimed US singer/songwriter Kay Hanley (Letters To Cleo), ‘Oh No’ is an uplifting slice of Americana pop/rock of the finest order, guaranteed to raise a smile and earn repeated plays.

Speaking about the track, Hamilton says:

“These are most of my own favorite records… but I tried to use/find records that most people would know and relate to. I am super proud of the concept of this song. Taking all those classic tunes and flipping them on their heads. Also, getting to sing with Kay Hanley (Letters to Cleo) on this one was a blast.”

Premiered by PopMatters today, the track is paired with a playful video that mirrors the very essence of the track and Hamilton’s palpable passion for music. Lovingly (and painstakingly) constructed from over 2,000 still photos. 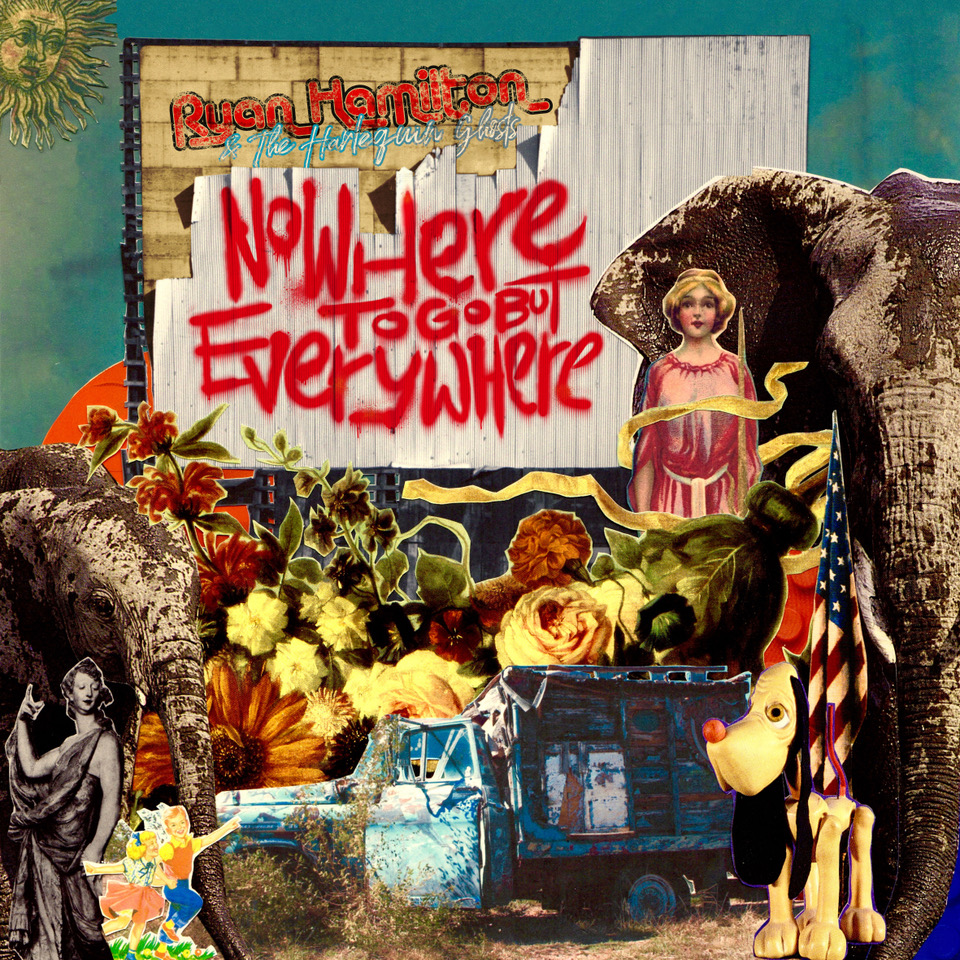 ‘Oh No’ is the latest single from upcoming album: ‘Nowhere To Go But Everywhere’ – out 18 September, via Steve Van Zandt’s Wicked Cool Label. The record swiftly follows the band’s Independent Music Award winning debut album, ‘This Is The Sound’, and will see the Texan maestro backed by his trans-atlantic band deliver 11 new songs of rollicking rock’n’roll, sweet Americana and majestic folk.

‘Nowhere To Go But Everywhere’ is in essence a break-up album. In the wake of a divorce and in urgent need of a new start, Hamilton hit the highway and embarked on a long, soul searching road trip across the US. Losing himself in the heartlands of old America, Hamilton found himself writing some of the most intimate and personal music he has ever written. Reconnecting with The Harlequin Ghosts (aka Mickey Richards and Rob Lane) and a host of talented musicians, the new album was recorded using both Hamilton’s home studio in Texas and that of producer Dave Draper’s in the UK, who also produced, mixed & mastered the final cut. Hamilton laid down the bulk of the record whilst also touring his solo acoustic tour in February 2020, before the declaration of the global pandemic saw Hamilton forced to return home to add the finishing touches.

Not one to sit still for long, Hamilton even found time to write an additional EP’s worth of material, ‘Incommunicado‘. Connecting remotely with producer Draper, plus other fellow musicians in lockdown in the UK and France, the EP recorded and released completely in lockdown. Dropped without prior warning in May 2020 and with all proceeds going to the Music Venue Trust’s ‘Save Our Venues’ campaign, it shot straight up the charts to become Hamilton’s first number 1 album (iTunes Country Chart) and sets the precedent for a magnificent long player to follow this Autumn.

Wise with the experiences of life and glowing with the sense of adventure of his travels, ‘Nowhere To Go But Everywhere’ is an exceptional new chapter in the Ryan Hamilton & The Harlequin Ghosts story. The latest single ‘Oh No’ (feat Kay Hanley), is out now.