PRE-SALE TICKETS AVAILABLE STARTING MAY 4 AT 10:00AM LOCAL TIME

MORE DATES TO BE REVEALED SOON 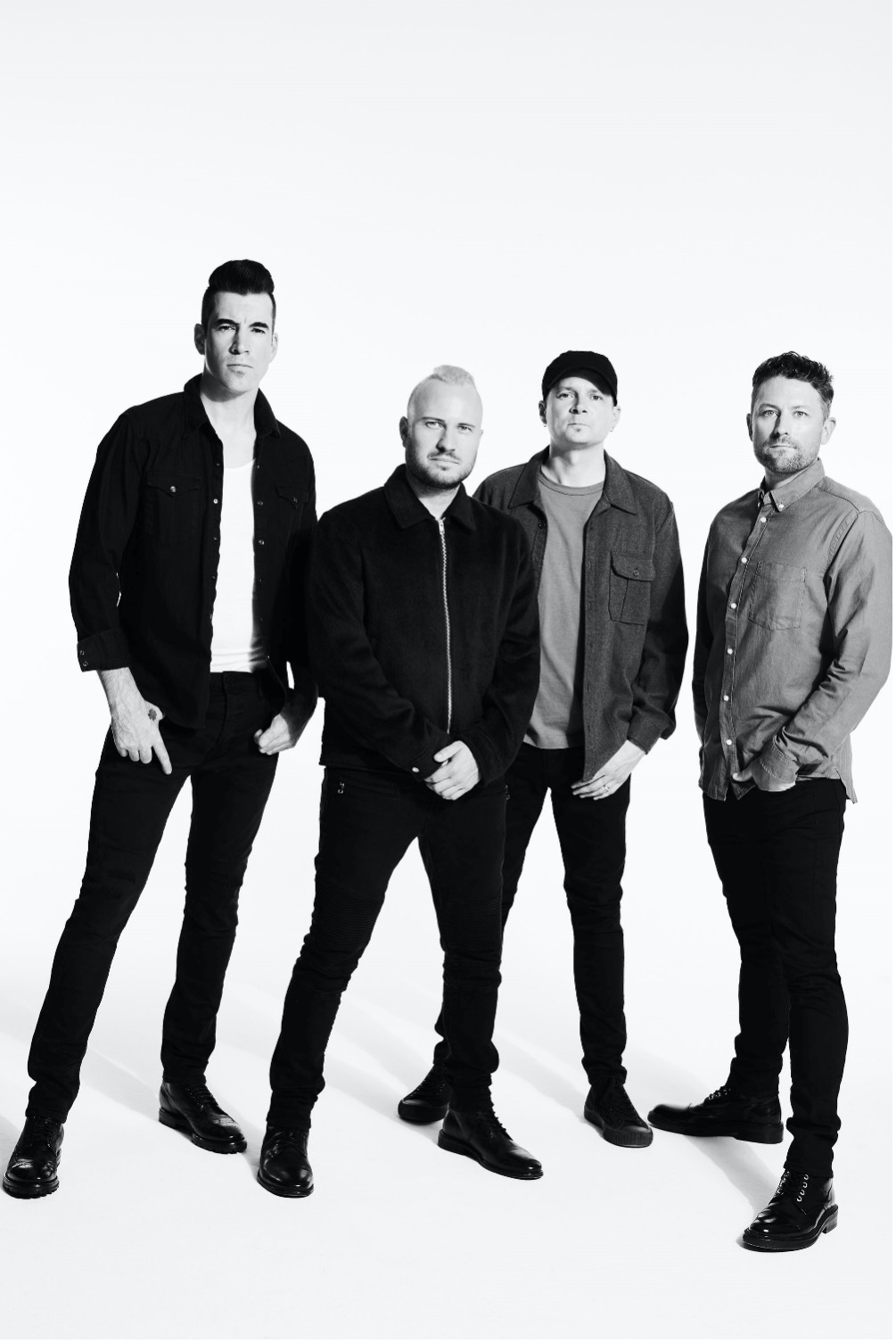 Returning to the road this fall, multi-platinum band THEORY(Theory Of A Deadman) have announced new headline tour dates for September 2021, which will feature support from Cory Marks. A special fan pre-sale goes live tomorrow, Tuesday, May 4 at 10:00 AM local time, with radio and venue pre-sales following on Wednesday, May 5 at 10:00 AM local time. Public on-sale begins Friday, May 7 at 10:00AM local time, with the tour dates kicking off September 9 in Charlotte, NC at The Fillmore. Following the September dates, THEORY will return to the road for a run of re-scheduled headline dates with special guest 10 Years that kick off October 29 at Des Moines, Iowa’s Val Air Ballroom [full itinerary below]. Additional dates will be announced in the coming weeks. For tickets and more information, visit here.

Fans can expect a set packed with instantly recognizable smash hits, longstanding fan favorites, and material from the band’s 2020 full-length, Say Nothing. As such, this will be the very first proper tour in support of the album.

Upon release last year Say Nothing debuted at #2 on the Billboard Alternative Albums chart and #3 on the Rock Albums Chart. Produced by Martin Terefe [Jason Mraz, Yungblud], Say Nothing finds THEORY speaking up through timely lyrical commentary with the band’s finger on the pulse of the current climate and the issues that our society is grappling with today, all threaded together with a message that’s both a cautionary warning and a hopeful wish for our collective future. The title track offers up a stark, emotional confessional about a communication breakdown in a relationship that ultimately leads to its demise and “Strangers” addresses the current tense state of American politics and the divisive nature of our culture, calling out how nasty it has become between those with differing political affiliations and our society’s increasing inability to openly listen and relate to one another. With undeniable anthems, scorching songcraft, experimental vision, rock ‘n’ roll attitude, and clever pop ambition, Say Nothing is a continuation of their musical and thematic evolution, displaying the band’s powerful storytelling in full force and introducing fresh sounds and sonics.

THEORY’s 2017 album Wake Up Call featured their platinum single “Rx (Medicate),” which addressed the opioid epidemic and racked up more than 250 million streams, becoming their third #1 on the Billboard Hot Mainstream Rock Tracks chart and earning the band an iHeartRadio Music Award nomination for Rock Song of the Year. Over the course of nearly two decades, THEORY’s impressive catalog has earned them several platinum and gold singles, a platinum album, and two Top 10 album debuts on the Billboard Top 200. 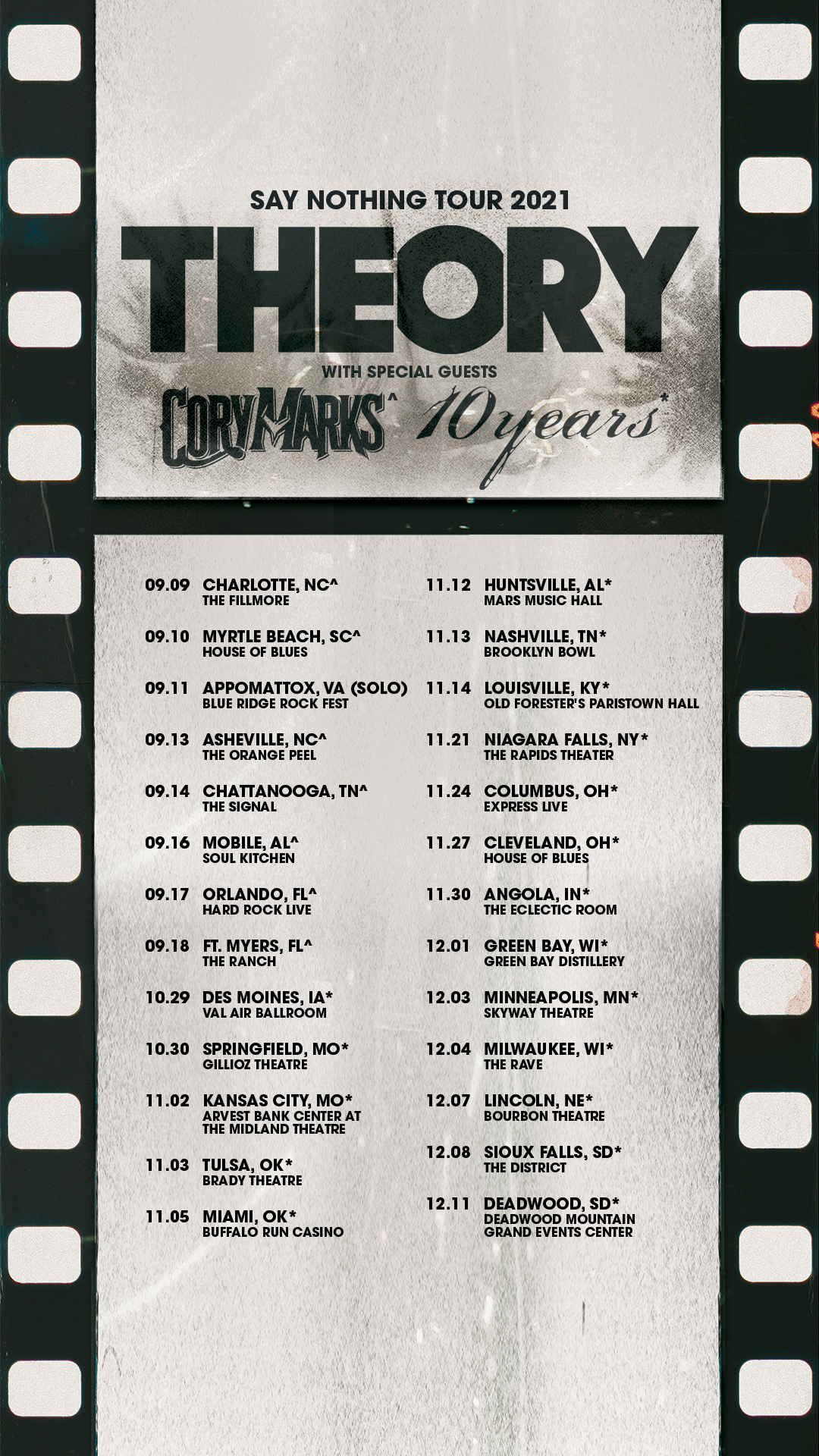