Below please find highlights from musicFIRST.

Video of the livestreamed event can be found here.

“It doesn’t matter and shouldn’t matter, whether you’re a musician, hair stylist, accountant, or cook, waiter. We all deserve to get paid for work we do. But this fundamental principle in our country hasn’t applied to recording artists when their song plays on radio and that’s why we’re here today.”

“Under the AMFA for the first time, artists will see a small piece of the massive profits made on the backs of their creative works. It is time for Congress finally to tell musicians that we will end this unfair deal that has been forced upon them.”

“We finally made right the 1972 clause that denied Sam Moore, Dionne Warwick, Mike Love, and so many more the ability to be reimbursed properly for what they already had done or sold before 1972. When it was signed at the White House, we all took a bow and said now we just have one more thing to do. Now is our time.”

“We have said for years, that one penny [for artists] unleashes vast amounts of money around the world that’s not coming to these artists because we pay nothing. The fact is, in almost every developed country they do pay, but they don’t have to pay our artists because we don’t pay their artists. Even if it is one penny, it would put all of these artists in a different situation.”

“It’s been a pleasure to tell those that didn’t know that we don’t get paid for recordings that are played on the radio. I’ve been asked that question and when I say ‘No, we don’t,’ they’d look at me like I had two heads. But they do know now what is the truth: that we are not paid.”

“What about the legacies of those who couldn’t afford to live and made their transition. Their families could surely benefit from this.”

“We’re talking about fairness and justice. You’re talking about radio that says, ‘Well, they should be appreciative that we play them.’ Well, then you remaster our music and put it on the air you don’t give us any money? But you got people you have to pay like the bathroom attendant, the garbage man, food people, but you don’t wanna pay Dionne Warwick, Sam Moore and the rest of my peers? That’s not fair.”

“You’re gonna tell us you can’t pay us? That they’re going to go out of business when they make billions? That’s not fair.”

“The introduction [of the AMFA] is wonderful. I’m very happy about it. But we gotta keep going to the next step. Radio: Come on, guys. Be nice. Be nice and be fair, because this isn’t right what you’re doing.”

“When others are making millions and billions, the trickle down should be a little more equitable.”

“I know for myself and the people we know, we pay the people that work for us very, very fair wages. So it’d be nice if the people above us would pay us fairly.”

musicFIRST works to ensure music creators get fair pay for their work on all platforms and wherever and however it is played. We rally the people and organizations who make and love music to end the broken status quo that allows AM/FM to use any song ever recorded without paying its performers a dime. And to stand up for fair pay on digital radio — and whatever comes next. 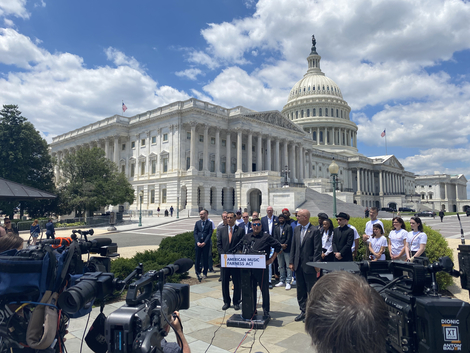 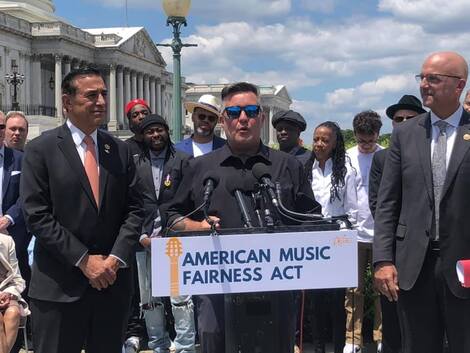