It is no secret that I am a fan of Flawes as I have shared and raved about many of their songs before. On the first of April, they released a music video for their single [...]

FLAWES is a band that I have shared many times before as I really enjoy listening to their music as it is a mood charger. Their latest single called ‘Ghost Town ft. [...]

FLAWES has just released another great single called ‘Here To Stay’  This upbeat tune is great to listen to, I found that it actually helped to improve my mood, I love a [...] 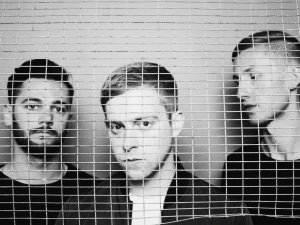 Flawes are a British alt pop trio have release a new single called  ‘When We Were Young’. This song is the second in a series of three that will be released. I [...]

British alt-pop trio Flawes have been busy working on their debut album. They have released an absolute gem called ‘This Could Be Real’ and if this is a sneak [...]