When you think of Phoenix Arizona, you think of cactus, rattle snakes, and the desert climate. So, how did a band named Bayou Bandits end up there? It’s a bit of a long [...]

Every now and then an artist comes along and changes up the music I listen to. Enter the talented Justin Hoyt, and I went from from enjoying and reviewing his music, to [...]

Casey Barnes has a chat to Jen and more tour dates announced! See tour poster below and get your tix at www.caseybarnes.com.au. Casey Barnes tells us about the upcoming tour [...] 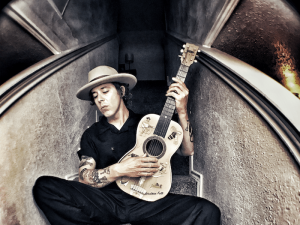 Ryan Hamilton & The Harlequin Ghosts critically-acclaimed new album ‘Nowhere To Go But Everywhere’ (Wicked Cool Records) is making waves in the UK. In its [...]

Austin Held sat down recently for an interview to talk about Pretty Awkward’s new single ‘Misfits’ and many other random things. [...]

” ‘The Outsider’ by Jack Bratt is in my Top 5 Aussie single releases this year. Meaningful, relatable and so damn good! Jack has some serious skills! A real [...]

Nathan Cavaleri is back and has released his first solo album, Demons since being signed to Michael Jackson’s label at age twelve. He has shared his affecting new single, [...] 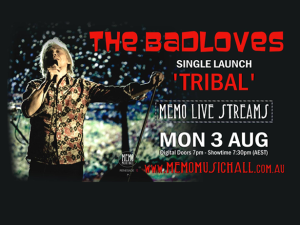 It is not often that you get to have a long chat with a person that wrote songs that meant so much to you back when you young. Especially when they are releasing new music [...]

Thrilling singer, songwriter and visual artist, PARKER has today shared her fierce and empowering new single and video, Superhuman, a powerhouse indie electro track with an [...]

Jordan from Them Evils is always a treat.  They are just good people and talented artists.  Currently with touring on hiatus, I had an opportunity to ask him how things [...]