Camarano is an Australian Indie artist that caught my attention with his latest single  ‘When I had Infinity’. I immediately had to hear it again. The musical [...] 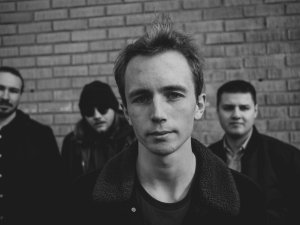 Little Birds are an indie rock band that has the classic indie 90’s sound like The Wombats. They describe themselves as “Indie rock band with too much feeling”. [...]

What an amazing strong debut song ”BADSIDE’ is! Girl Wilde has unique forceful vocals that I can’t seem to get enough of. The music really does set up the [...]

Atlantic Beach is the home of a new Indie artist called LamoSic. This 21 year old sun has written ‘On the Sun’ with the help with some mates. In the song I can [...]

Kit Kazar is the solo project of Taylor McCleskey from Beach Tiger. Taylor tells us “At first I thought this was going to be a 60s-influenced venture but the more songs I [...]

This is Indie music at it’s best! ‘Rdy or Not’ by Foxkeeper is one of those songs that just stand out in the hourdes of submissions I receive. The [...]

I liked this quirky tune Solo’ by Oldboy. It has a catchy tune and lyrics with meaning. Keep positive in this crazy world is so important. Take a listen below.  Solo [...]

I love this song! The quirky music and those beautiful vocals mix well to form a base for a song with a meaning that everyone can connect to. I have seen 30 and come out the [...]

I can’t put my finger on why I feel in love with ‘Amazing’. I guess when people are still in their love bubble this would be a great song to sing [...]

Aussie’s love our Indie scene. No wonder with artists like Segers. Catchy tune, meaningful lyrics all with a touch of quirkiness. Segers is an Australian indie pop [...]