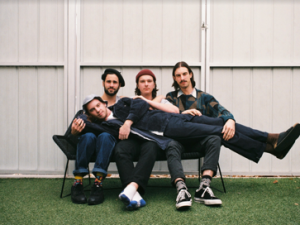 Lovable indie rockers Mylk have announced the release of their fun new single Not My Fault, a hooky track about being a bit of a bad luck magnet, set for release on August [...]

Alternative Rockers from Melbourne Australia Mylk has released a gem of a single called ‘I Want You’. They are not yet a year old but they play many gigs and [...]

Melbourne’s Mylk have released a must listen song ‘ Internet Cafe. I really like the vocals and the music that is not over powering. Adding to this is a [...]