Tasmanian metal maniacs Zeolite have released brand new single Compulsion a confronting, powerful statement about human nature and the state of the world.

To celebrate the release of Compulsion the band will be touring down the east coast with mates Bury the Kings, you’ll be able catch Zeolite in Melbourne, Brisbane, Sydney and Adelaide throughout November and December.

The single opens with distortion-heavy guitars growing from nothing before launching into the iconic, intense growls that Zeolite has refined and perfected over their career together.

The song is a statement about the uncertainty, distrust and divide created by the political climate of the world and human nature in general. 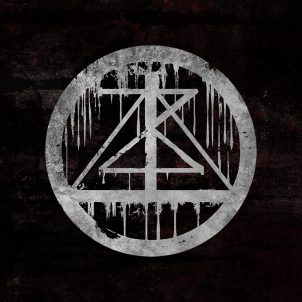 “Compulsion is concentric around the perpetual tyranny of man. As with most of our tracks, we write as reflection of society but also parallel to history. In this case the song evaluates the actions of man both throughout history and in our current political climate,” said vocalist, Fraser Mainwaring.

For Zeolite, the new song signifies a slight change for the band’s sound, a slight deviation that will see the group broadening their horizons and brings new influences to that table.

“The song really feels like a bridge point for us as a band.  There’s deliberate but not overwhelming deviation from our previous sound to some much more groove and death oriented,” said guitarist, Patrick Haas.

Despite these changes Zeolite will continue to provide the face-melting, heavy brutality and technicality their fans have come to love.

“The track is combination of older Zeolite influences, and a refining of the sound to something we can call our own; focusing on tight, locked in grooves but keeping those technical death oriented sections,” said bassist, Lucas Tolputt.

Compulsion is the first Australia has heard from Zeolite since their self-titled debut EP in February this year which showcased the band’s uniquely brutal, techincaly and groovy sound.

Before their EP, Zeolite released their single Astringent in February 2015 which saw the group tour through Queensland, New South Wales, Victoria and Tasmania proving their high momentum live shows to punters across the nation.

For more information, go to facebook.com/zeoliteofficial