“We reckon it sounds a bit like an aussie version of Orange Goblin, so all you stoner fans out there – take note.” — Maniacs

“The fact that I can’t get it out of my head doesn’t mean I like it. I mean, it couldn’t possibly be because it’s catchier than chlamydia… or includes lyrics that make me want to yell along with the vocalist… or that the vocals are so damned fierce?” — No Clean Singing

“Taking influences from a diverse range of styles – Stoner Rock, Metal, Blues, and blended with the anecdotal lyrical style of country, then spat in your face with the attitude of punk, Hammers are a band not easily pigeonholed into one genre.” — Blank GC

“It’s clear across the board that this is no one’s first rodeo – the production is tight but leaves enough room for the grit to shine through, the instrumentation absolutely shreds and the boys manage to inject humour without sacrificing their serious musical chops. ‘Homeblokes’ is hilarious, hard-hitting and a hell of a good time – and a reassuring reminder that honest Aussie rock ain’t dead.” — The Soundcheck

“What an outing from Hammers – they promised to deliver something big, and they more than achieved that! …They possess something for everyone (don’t ask them what though, I fear the answers might not be family friendly!).” — Overdrive Mag 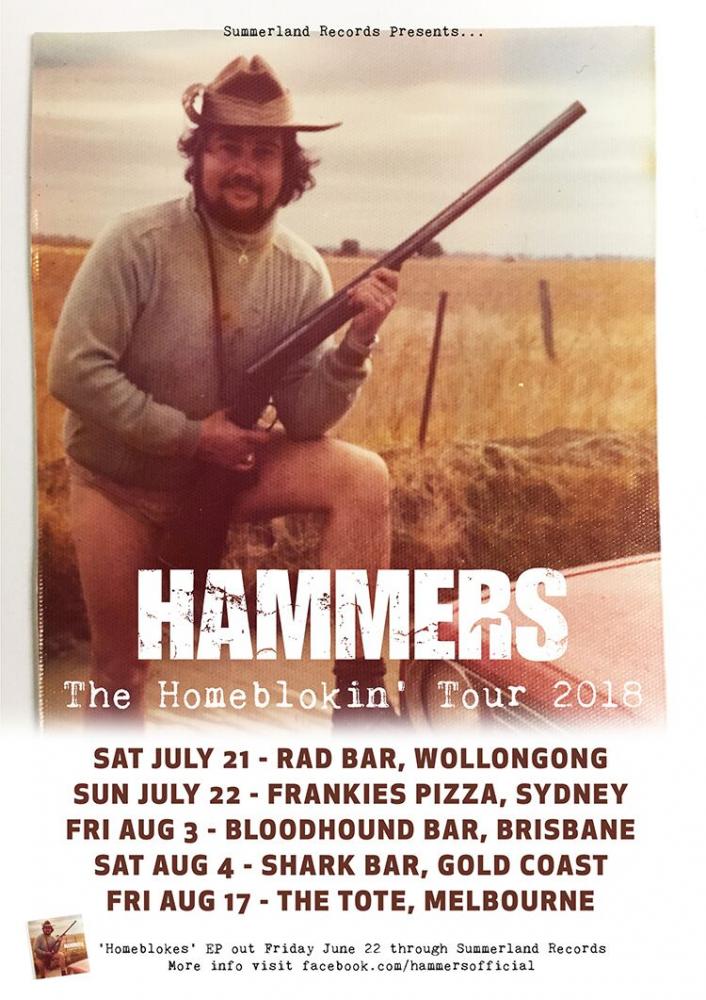