Many people who have gone to see the most recent tour of Judas Priest have been giving them really great reviews so my question when writing this is: Why should I write the same old stuff, when I could possibly convince someone who wouldn’t normally see them to go.  So here it is.  The eight reasons to see Judas Priest live.

8) Since their beginning in 1974, Judas Priest has been a cutting edge artist.  I can remember when I was a teenager how taboo it was to speak of the band.  My Oldest sister even showing my parents the “devil music” albums I had collected. So, why not go see the forefathers of metal? 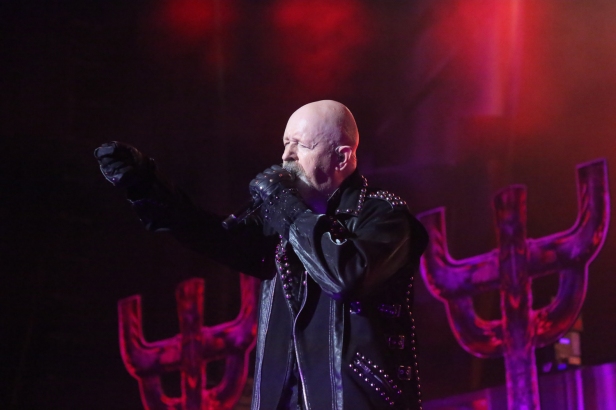 7) Not many acts have a lead singer who rides a motor cycle onto the stage.  That speaks for itself.

6) Rob Halford was one of the first artists to be open about his sexuality.  I admire how difficult it must have been, back in the beginning, to be true to himself and his art form simultaneously. He even called himself the “stately homo of heavy metal” in a 2014 interview with the Guardian.

5) They are still excited to play.  Say what you will, there are many artists who do not seem to enjoy being on the stage anymore.  Their enthusiasm is contagious.

4) How many sixty seven year old men can still rock out and do it well?  If you see Rob Halford off stage, other than his tattoos, you probably would not think that he is a heavy metal god.  He is, and he still rocks it like no one else.

3) The music is an anthem for a generation and then some.  Having a successful career is difficult at best, but to have one that spans multiple generations?  That is unsurpassed.

2) Respect for the leather.  That’s right.  Who else but Rob Halford could have pulled off wearing full leather clothing in Florida in ninety degree weather.  Respect!

1) You may not get many more chances to see one of 2018’s ( and possibly 2019’s) best live shows.  Who knows if and when this opportunity will present itself again.  I know I would do it again.  The vocals were on point, the pyro was beautiful, and it did not disappoint. 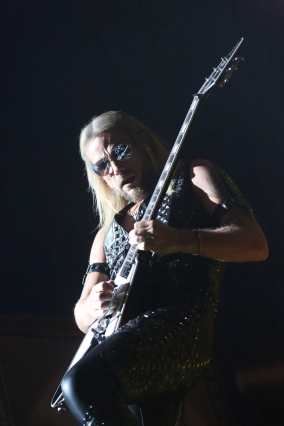 Photos and Article by: Belinda Glass Reedy- The Metallicougar