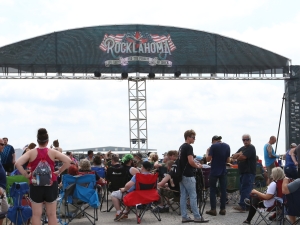 Beginning is September of 2018 with the reorganization of AEG Presents, speculation began on the Facebook fan groups.  Fear of change can fire quite a bit of controversy.  [...]

I will admit, until the line up was posted for Welcome to Rockville, I had never heard of Avatar. When I saw their photo, I had to know more about them. After I heard them, I [...]

Coming off a main stage appearance at Rocklahoma, the United States biggest fan festival, Aranda releases a new album that promises it’s “Not The Same”. Sitting down to [...]