Recently after a much needed hiatus for me, I jumped back in to the Metallicougar role by signing up to review and photo this show at Revolution Live.  The only preconceived [...]

Billy Talent with supports: Monster Truck & The Dirty Nil Abbotsford, British Columbia, Canada – 16.02.17 Billy Talent is a band that has been around for close to 25 [...]

January 12th at Arrow on Swanston, all ages show. I went to this gig only knowing one band, that being letlive I left with an absolute love for all the bands I saw play. [...]

To celebrate the 1-year anniversary of the End of the World EP release, Danielle played a handful of intimate shows to support the deluxe EP release in Sydney, Wollongong, [...]

Wednesday night UK’s biggest indie-rockband played a show in Stockholm, Sweden. The band, from Manchester UK, played for a sold out crowed Wednesday’s night in Stockholm. [...] 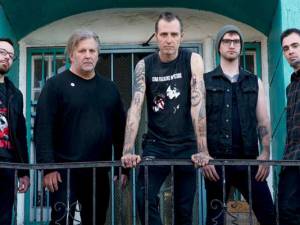 Hi Stza, thanks for your time, I know you are busy while touring. For the younger readers of this website, can you give a bit of an introduction to who Leftöver [...]

Review written by Emily Noordzy. I was more that ecstatic to hear the Of Mice & Men were going to play a Sidewave. Even better, a triple headliner. I’m going to admit [...]