“Spiff & Fifi’s cover ‘Stumblin’ In’ showcases not just their musical talent but the reunited couple sparks flying! Their stunning version is [...] 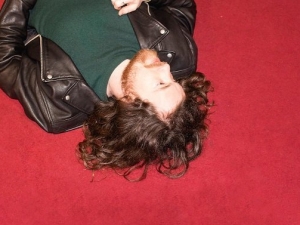 Wow! What an amazing cover, I get chills down my spine each time I listen. Singer Songwriter FERGUS has taken Foreigner’s worldwide hit ‘I Want To Know what Love Is’ [...]

Until I listened to Willow Robinson’s cover of Bob Dylan’s song ‘Don’t Think Twice, It’s All Right’ I had forgotten how much I miss [...]

I don’t usually share covers but once I heard The Cosmic Coronas ‘Dream a little Dream’ I was blown away but how much I loved it. Alexa Lindberg’s [...]

Reigen is a Brooklyn based singer-songwriter and producer who creates hook-laden, heart driven synth pop. Recently, the LGBTQ Music Vote Nominee, released a cover version of [...]

100% OF THE NET PROFIT TO GO TO NATIONAL ALLIANCE ON METAL ILLNESSON TOUR WITH MISS MAY I IN NOVEMBER   With the tragic and untimely passing of Chester [...]

On the verge of heading to Europe to spread the word about their new record Made of Breath Only at many a festival and music venue, sleepmakeswaves have popped [...]