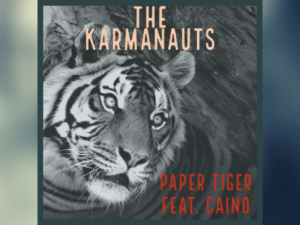 The Karmanauts have released an amazing contagious song called ‘Paper Tiger’. This song incorporates so many different musical instruments that add to the overall [...]

The Karmanauts have released ‘The Shore’ which I think is their best song to date. ‘The Shore’  is from their debut album called [...]

Formed back in 2016 The Karmanauts (Michael Stephenson, Dominic Romano, and Sam Kaplan-Good) are an extremely diverse sounding band. Their album ‘Moonstone’ and I [...]

The Karmanauts from California have dropped a single ‘Let Me Go’ that is Indie Rock at its absolute best. Michael Stephenson, Dominic Romano, and Sam Kaplan-Good [...]