Grammy-nominated electro-experimental rock band MUTEMATH have released another new track, “Stroll On”, the second single from their highly anticipated forthcoming studio album Play Dead, out September 8th  via Caroline Australia / the band’s own Wojtek Records.
A Couple of days prior to this interview Paul shared the sad news of Darren leaving the band. I tried to be thoughtful and not ask him about Darren but it was hard to do as some of my questions lead back to Darren.

I am really sorry to hear that Darren left the band. The wounds are still raw so I am not going to ask any questions. You said it all in your well worded press release.

Thank you Jen for your sensitivity.

I will say that your fans are amazing and so supportive of you in regards to the sad news about Darren. I saw your Facebook post about it a few hours ago. Some not so nice comments but overall most of the comments are understanding.

It really it, I am blown away, it was a gigantic task to deliver that news to fans. I am not oblivious that Darren meant so much to everyone including myself. I had no idea what the response would be. The fans have gone out of their way to exude positivity and inspiration. It is not an easy time.

No it is not. I am glad your fans are that supportive.  I read that you said about “Stroll On”

“this is first song we’ve ever recorded that sounds like what MUTEMATH set out to sound like from the very beginning.”

That must be a pretty satisfying feeling.  Why do you think it look 5 Albums to get the sound you wanted in regard to ‘Stroll on’? Practice makes perfect?

Yeah absolutely I think on each record we learn little more on how to write records, how to record ourselves and even our strengths and weakness for musician. So I agree. Practice makes perfect. This was an album where I watched each member of the band firing on full cylinders.  It is really amazing to be apart of. It was very satisfying to have everyone contributing in their prime.

Love how you found the song on the shelf, I have often wondered what happens to those excess songs that don’t make the cut. Do you always go back to the shelf to check it out as part of the writing process?

Every album, yes. You know at the very least it is good to do inventory, it sounds so great, it has the sound and that moment in it that might be exactly what you are looking for. We enjoy that part. The shelf becomes a welcome supply for us as we make music.

For the most part it was not. there were a few instances where Darren would send me a track that he had made and I sang on it. That is usually the way we write songs in our first albums. But this album was written more from composition and a lot of jams and a lot of demos. We worked on it as a band. Each of us then ticked our three or four favorites and helped bring them to the finish line. Once we got to the 50% mine we then came together again to help figure out what it still needed. ‘Break the Fever’ was probably the only song on the album that we write like we did the first album.

I was not expecting that answer.

I noticed that you have been playing some of your new songs live, how has the reaction been from the crowd?

It has been good, as good as it can be when playing new songs at a festival.

Yes I was surprised that you did new material at a festival.

I think they teach you in rock band 101 don’t do that but we have had a great time with it and I think we had to learn how to play them live as we are preparing the final  stretch of arrangements and putting them together for the music for the tour. Giving it some miles this summer has been really helpful. I want to make sure that all the new songs are firing on all cylinders before the tour. They will be!

Can you tell me what the next single will be or is that being kept under cover?

Great! I love that song.

You have heard it?

Yes, I got the album when we confirmed the interview.

The stand out track for me is ‘Pixie Oaks’, well it is today! I can’t get the tune out of my head. In a good way not an Achy Breaky heart way I assure you.

Can you pick one song and take me through the writing process to you were happy with the song? If you can’t choose happy to choose for you.

Well Pixie Oaks would be good!

Sure, lets do Pixie Oaks. That was a real fun journey actually and is a song that started five years ago. It wound up on the shelf and the original title was ‘Pixie Oaks’ as we were recording on Oak Street and it had a pixie vibe to me. That was it. So one morning we woke up and press record and Roy  played a great guitar riff, but we had no lyrics for it so we just left it alone and called it ‘Pixie Oaks’. it was one of those ideas that we knew it could be something so we never released it as a B side because we knew we it just needed time.  That time that it needed was me living the life of becoming a father!  The song would wind up becoming about my experience with my daughter and going into that phase of life. The whole album is the theme of life after death, whatever that even means from religious imagery to the liberal and how we watch life pass on through our kids. So ‘Pixie Oaks’ wound up becoming  that and the actual term ‘Pixie Oaks’ came from the park that I would go to with Amelia as she was growing up. It was the same time park that I went to as a kid, a place called Story Land and we were going there and I am experiencing the playground where I grew up. It was this magical place laced with oak trees. All of a sudden the lyrics of the song revealed themselves to me. Until about six months ago I wasn’t ready to revisit the idea but then I was and I did. I wrote it in a couple of days and it needed that passage of time to reveal itself to me.

While I was doing some research, I came across a cute video of you and your daughter playing guitar together on stage last year. She did not seem shy at all. Is she keen on the ‘My Dad is a musician thing?’ It is great when our kids are keen to do what we do.

Yes she is determined to play on stage, it happened when we were on the last tour and  when we were doing sound check she wanted to come on stage and perform. At our soundcheck parties we usually have 50 people. Amelia would be on the side of the stage and she would be dancing and I realize that the crowd was actually watching her. So I thought bringing her out on stage to dance and have fun. It happened on the 21 Pilots tour. I remember the first night we  open the 21 Pilots and Amelia was dancing on the side and again the crowd were watching her.  So on the second night I had a come out for the first time while playing just to see how she handled it, she did great she was a natural!  We had rehearsed a bit but she came out and played a 21 Pilot songs which of course is not the right thing to do, in Band 101 we learn that as well! They did go over really well. I think she has been bitten by the bug and of course she is still young so we don’t know.

We then have a chat about being parents and how special it is. 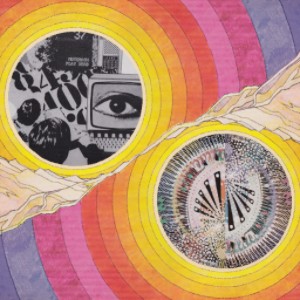 Love the cover for ‘Play Dead’. How did you come up with the design? I like that you have used the same graphics in for your audio tracks for ‘Hit Parade’ and ‘Stroll On’.Is the plan for the rest of the album?

That was a design Darren came up with. We were fishing around to come up with what was the right image, then Darren said what you think about this and we were all happy as it was perfect. Darren is a very talented graphic guy as well and he has worked on every album cover that we have done.

Sorry, I really am.

It is alright, Darren is still my brother and I sure we will find a way to be each other’s lives but we need a little bit of time apart at the moment

Is there a music video in the works for War?

Great! Now can you release Pixie Oaks for me?

Thanks for you time, I am sorry that we always ended up talking about Darren.

Thanks Jen, I appreciate your sensitivity. Great to met you.