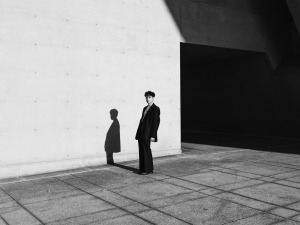 Indie rocker Alex O’aiza had a brilliant 2019 as he released many favourable singles and also released a real gem called Money back in March this year. Read my review of [...]

Solo artist Qwiet Type is a DYI artist, writing and producing his own songs. You have to listen to his new single called ‘Little Ol’ Me’ and make up your [...]

Claire Frazier is only 17 but she has the mature sound of a more seasoned artist. The Alt-pop artist has just released the lead single from her debut EP called ‘I Want [...]

Alt-pop artist singer-songwriter Cheska Moore has a beautiful vocal sound. This sound is completely unique that I would recognise it anywhere. Her release called [...]

Alt-pop band Sarpa Salpa have been labelled as a “young Catfish & the Bottlemen” by Steve Lamacq (BBC 6 Music). What a great honour! Listening to their new [...]

Super talented golda has just released a new single called ‘Dear Los Angeles’. Her vocals need to be heard to be believed. With success singles ‘Wish I Was [...]

Alternative Pop band Haunter was created by “former emo kids and one metalhead” who have joined together to form this band back on 2016. Enoma (guitars/synths) [...]

Listening to ‘Know About You’ by Jess & Matt I can see why they have rave reviews by Stevie Nicks (Fleetwood Mac) and Chris Isaak (See below for comments). [...]

Transit Club is a Swedish-Canadian alt-pop music collective based out of Stockholm, Sweden. Their music is called “spontaneously playful as it is impulsively emotional. [...]