The mighty Like Thieves are returning to the fray of the Australian music scene with the announcement of their brand new single ‘Never See it Coming’ and a national run of live shows. The “Never See it Coming” National tour begins on 11 May and ends 2 June and goes on sale from Friday 30th March 9am at oztix.com.au for most shows and moshtix.com.au for Adelaide!

With Clint Boge vocally running red-hot after a completely sold-out The Butterfly Effect tour around Australia and musicians Oden Johannson (Guitar), Clint Gough (Bass) and Daniel Trickett (Drums) stoking the musical fires, Like Thieves are bringing their new, even heavier sound out on the road to Canberra’s The Basement May 11th, Sydney’s Red Rattler Theatre May 12th, Adelaide’s Enigma Bar May 25th, Melbourne’s Evelyn Hotel May 26th and Brisbane’s The Zoo June 2nd.

New single ‘Never See it Coming’ is a bolder, heavier, aggressive new track from Like Thieves. Drums, guitars and bass were recorded at Core Studios with Nik Carpenter and vocals with  Bernie Wedrat at Lush Studios. The track was mixed by Mick Gordon (well known for his award winning work on the Doom videogame soundtrack) and mastered by Ermin Hamidovic at Systematic Productions.

2013 saw the band release their debut EP “Wolves at Winters Edge” and followed up immediately after that in 2014 with second EP “Autumn’s Twilight”, touring both EPs relentlessly and winning over fans all over the country.

Tickets are on sale for Like Thieves’ “Never See It Coming” National tour from Friday 30th March 9am – with all links at facebook.com/LikeThievesOfficial. Single “Never See it Coming” will be in all good digital stores and streaming outlets same day.

For more information, go to facebook.com/LikeThievesOfficial. 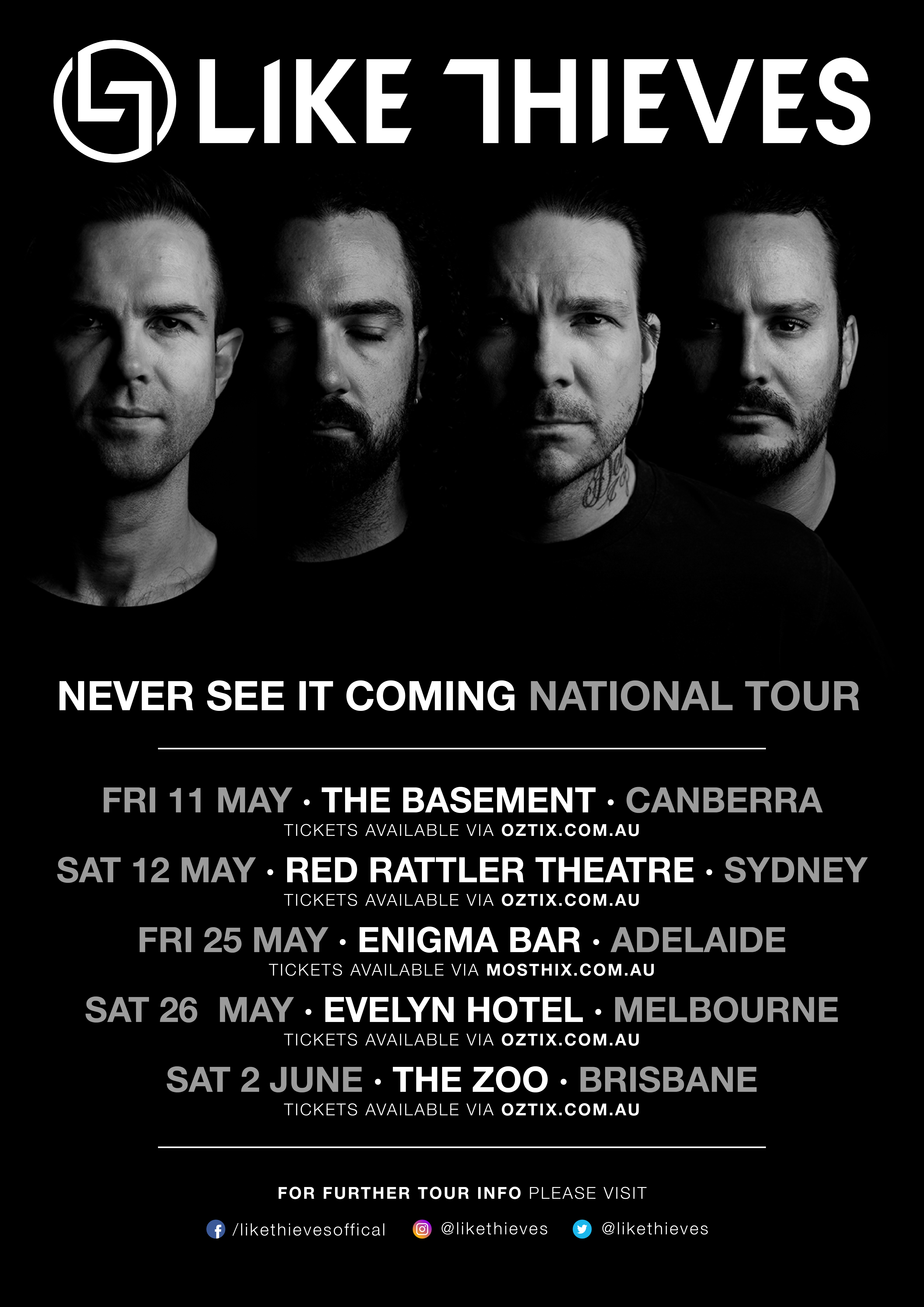 Friday 11 May – Canberra, ACT
The Basement – Tickets available at oztix.com.au