Splendour in the grass 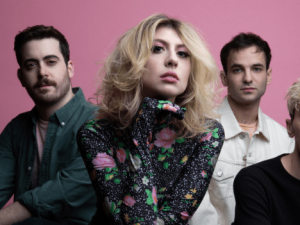 Splendour is so close now! Jen caught up with Eva Hendricks from Charly Bliss prior to them heading down here for Splendour and Side Shows. For more tour details click here. [...]

22 April 2018 — It’s that time of year again! As the dust settles on yet another seismic Splendour in the Grass lineup announcement and instant ticket sell-out, the eyes [...]

“Opiuo is truly a unique artist…this guy truly loves creating and playing live with full synths, drum machines, saxaphone and guitars, and, as a result, has [...]

With soon-to-be three full-length albums and hundreds of hours of gigs under their belt, the band are armed with plenty of material for a set list that will satisfy and [...]

Tim ….“We’ve played a lot of shows in the last two years and have played with some of our favourite bands and in some incredible venues along the way,” [...]

In the lead up to Splendour I catch up with Alex Gow about Oh Mercy’s new album ‘When we Talk about Love”, their Australian tour and of course Splendour. Oh [...]

As we start to find our suitcases to start to pack for Splendour and book our Whale watching Tours I catch up with Allday, who surprises me with his answer about my favourite [...]

Splendour in the Grass is fast approaching and as the hype builds, Jen chats to Felix from Gengahr to find out more about the UK band heading to Australia for Splendour. Hi [...]