Melbourne’s Slow Talk are now releasing their gorgeous new single “New Vernacular”, the title track of their EP, out April 27. This new single is about realising a burning  desire to experience new things, explore the world and escape the monotony of daily life.

Slow Talk vocalist James Butler, said that he “Wrote it to capture the excitement of leaving the country for the first time. The lyrics were written on my first trip to Japan – it’s the most experimental track on the EP and we wanted it to feel foreign, exotic, different.“

‘New Vernacular’, their debut release is out on Friday April 27th. The EP is available now for Pre-Order at iTunes and Bandcamp. The New Vernacular single will be available for streaming at Spotify from this Friday and previous single Golden is available now as a single on iTunes & Apple Music, Spotify, Bandcamp, Amazon and more.

Butler goes on to speak about their desire to make music that takes a different approach and pushes boundaries. “We want to make our music a journey – songs that over their course, re-interpret and re-appropriate motifs to keep moving the song forward with a sense of direction – i.e. New Vernacular’s chorus is played twice, the first time at half-mast allowing the following verse to overtake it and signal a change for the song.”

Based in Melbourne, Australia, the pair has been writing in tandem since 2014, sharing a love for emotionally expressive music and progressive songwriting. The pair are influenced by bands like Citizen, Circa Survive, Gleemer, Emarosa, and Turnover – and on a composition level, inspired by bands like Gang of Youths, Bon Iver, and The National. Slow Talk’s DIY approach has seen the pair oversee not only the musical production of their songs but the construction of the band’s visual and auxiliary content as well. 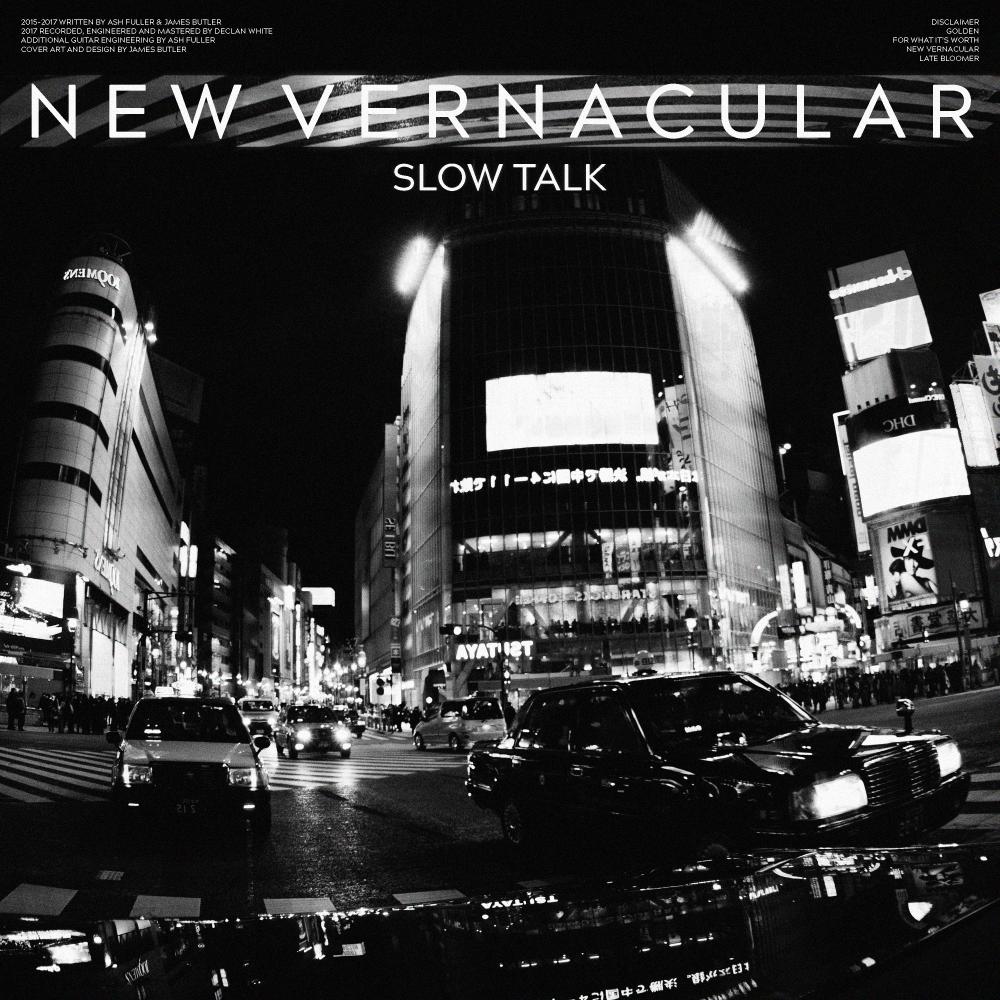 Slow Talk’s EP ‘New Vernacular’ will be released on Friday April 27 and is available for Pre-Order now on iTunes, Google Play and Bandcamp. For more information, go to http://www.slowtalk.com.au.