12 April 2018 — The mighty Like Thieves have returned to the Australian music scene strongly in recent weeks with the release of their latest single “Never See it Coming” and the announcement of their national run of live shows. Now, they are doubling down on what has been a huge response to the song and tour, with the release of a filmclip for the prog/rock track, and the announcement of all support acts for the tour.

The videoclip was shot in Brisbane’s CBD in March – and it is a frantic, intense, black-and-white clip and matches the attack & pace of the song. Clint Gough, bassist for the band and director of the stark and striking filmclip, says that “This video is a about mental illness. For some people, getting out of bed or walking down the street can seem like an impossible task. And unfortunately, many people choose to pay the ultimate price to escape from their own thoughts. We want to confront people about this issue and the devastating effects it can have. Because the sad fact is, you can never see it coming.”

Like Thieves are bringing their new, heavier sound out on the road and they are taking Khan out on all dates, and joining them on individual shows are: in Canberra at The Basement May 11th – Immorium, Sydney’s Red Rattler Theatre May 12th sees Sanity’s Collision, Adelaide’s Enigma Bar on May 25th will get Colibrium, Red Lotus will support at Melbourne’s Evelyn Hotel on May 26th and Brisbane’s The Zoo June 2nd will be with Jabberwooky Down in support.

Tickets are on sale for Like Thieves’ “Never See It Coming” National tour now – with all links at facebook.com/LikeThievesOfficial. Single “Never See it Coming” is out now in all good digital stores and streaming outlets.

For more information, go to facebook.com/LikeThievesOfficial. 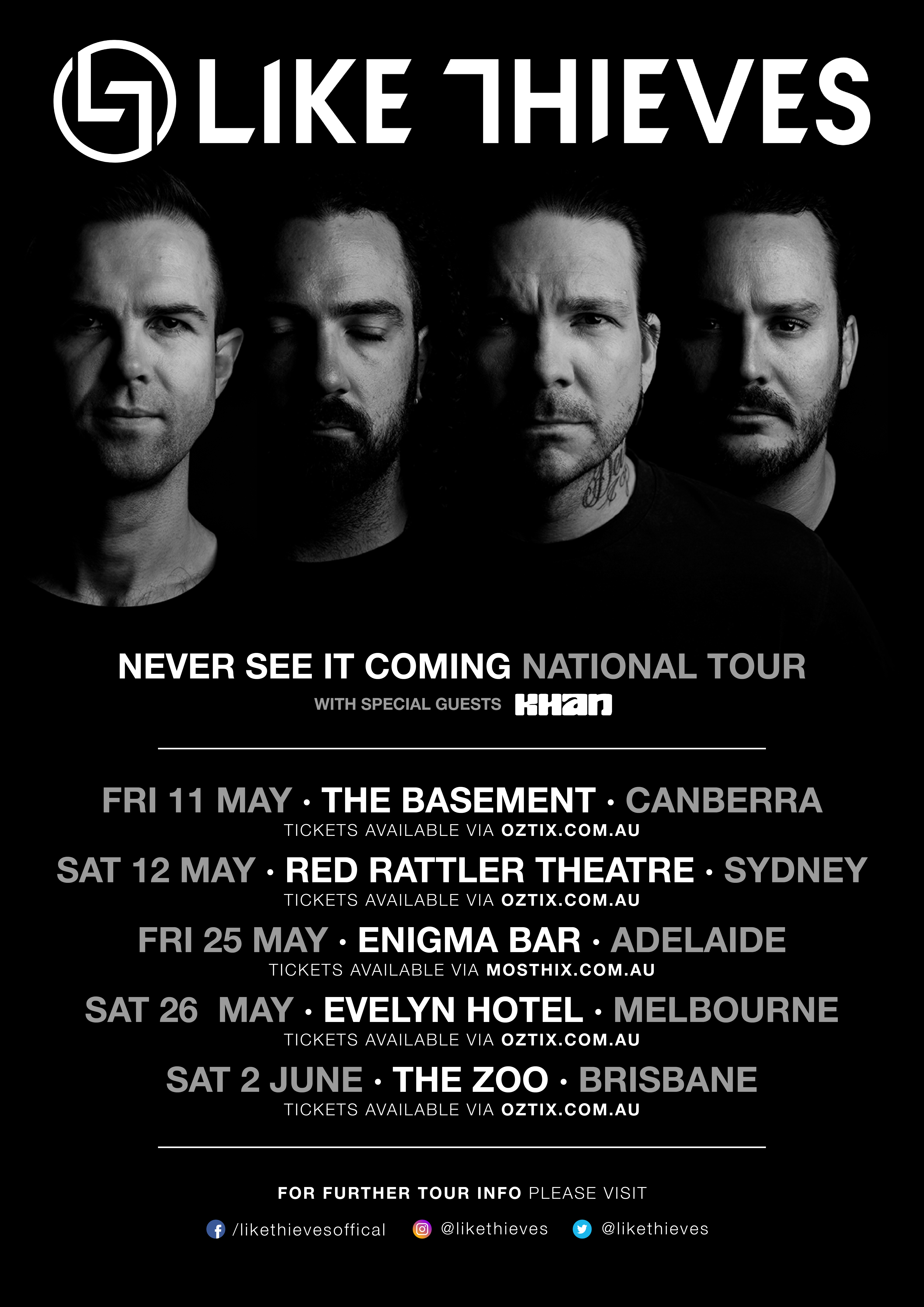