10 May 2018 — Bridge The Border are today announcing the release of their brand new single “Congratulations” featuring Better Half vocalist, Christopher Vernon! It’s a brand new taste of their debut EP “Congratulations Everybody’s Gone”, which will see its release into the world on Friday June 29! The EP Pre-Order will go live this Friday May 11th on iTunes and all digital outlets and the single will be available to stream at Spotify and Apple Music.

The EP was Produced, mixed and mastered at Perception Studios by Christopher Vernon – and the single ‘Congratulations’ comes with a video clip produced by Dillon Pearce Media & Abele Productions.

Bridge The Border draw from a large pool of alternative influences to create a pop punk sound that is both accessible to new listeners, and progressive for fans of the scene. The Gippsland four-piece craft riff heavy instrumentals topped with lyrical content combining abstract simile, with personal anecdotes to create a balance of meaningful stories with catchy hooks. Bridge The Border often delegate vocals within the band, each member adding more depth with varying cadences. Guitarist Harley Nobelius does the heavy lifting as Frontman but utilizes: Jake Van Roy (Lead Guitar), Darcy Handley (Drums) and Ryan Qualizza (Bass) to compliment with harmonies or cut through with leads of their own.

The EP Showcases collaborations from Cassie Sutton of Terra and Christopher Vernon from Resist Records latest addition Better Half. Their newest single ‘Congratulations’ pushes BTB into their heaviest sound yet, Nobelius’s powerfully sung cleans soaring over Handley’s ferocious screams during the chorus mark a huge growth in this bands musical prowess.

Vocalist Harley Nobelius says that “Congratulations exists as an intervention. It is a direct call out to those people who continuously make terrible decisions placing themselves in adversity, those who never stop to think drugs/alcohol are making a contribution to their state of mind and state of being. It’s written with frustration and anger towards friends who lie to themselves wondering why they are unwell, why their life is going nowhere when they wreck themselves every weekend for the fun of it. It’s a farewell to those attitudes and behaviours that we had to some degree adopted ourselves and it culminates in a goodbye to that slice of personality in ourselves and our friends.“

Bridge The Border have cemented their place in the Melbourne music scene, supporting a handful of impressive bands such as Deez Nuts, Earth Caller, Ocean Sleeper and Terra.

Bridge The Border’s EP “Congratulations, Everybody’s Gone” will be released on Friday June 29 and pre-orders will be available from Friday May 11. For more information, go to facebook.com/bridgetheborder. 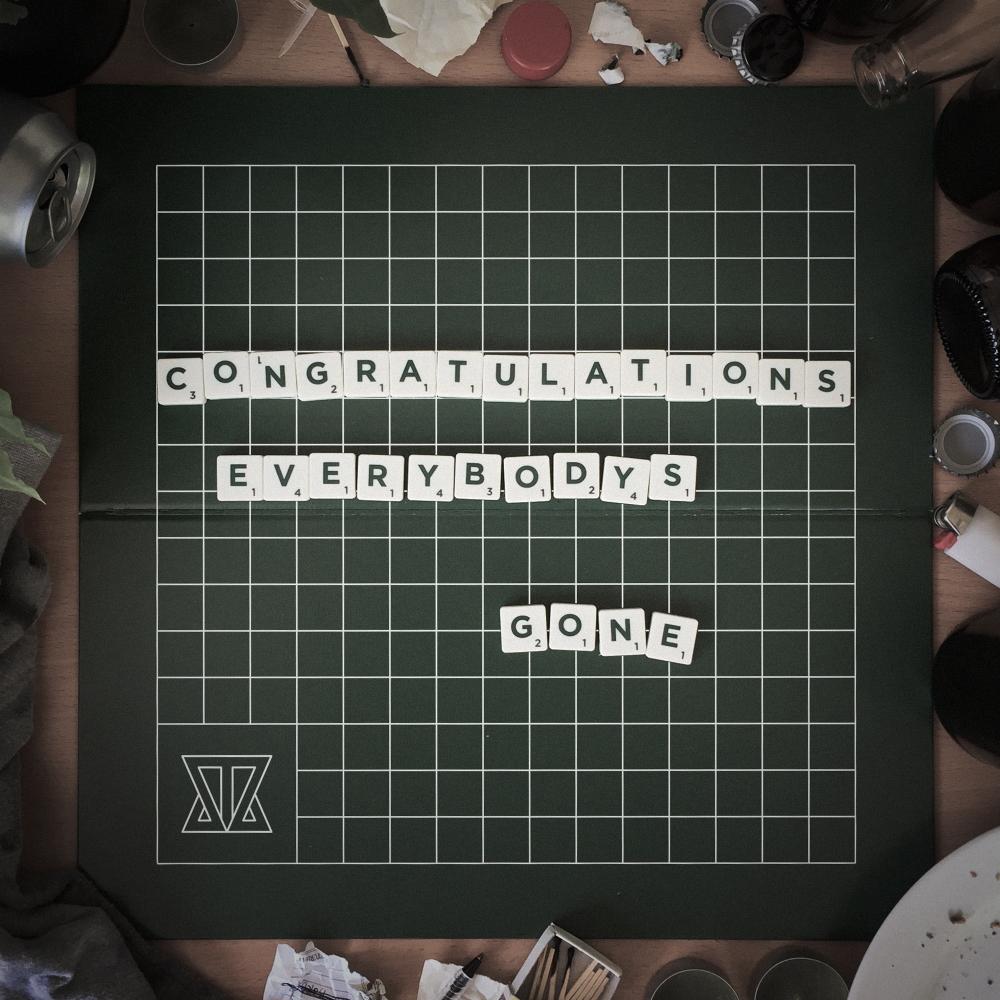