Mothica is an independent artist (McKenzie Ellis) who has worked hard to succeed by writing songs about personal experience to create music that is true to herself. Her first single ‘Starlight’, that she wrote as a much-needed distraction from her university demands, had over 100K streams in 24 hours!

Mothica’s latest single ‘Now’ is an intro to the way that she is moving to, taking a less fixed approach than her previous releases. ‘Now’ is based on her mental illness that she has had since birth. Using her music to let listeners know about her struggles and improving herself, this single means so much more to Mothica and in turn to her listeners. Using alcohol and drugs to self medicate was not working so she got the courage to become sober and writing this album assisted her to do so. I applaud her bravery to share her story. Mothica tells us about her concept for her title for her debut album called ‘Blue Hour’

“Blue hour is the time of day when the sky is painted a deep, rich shade of blue right before sunrise and after sunset. Everything feels so surreal and cinematic, but it only lasts for twenty minutes. It’s a fleeting transition from dark to light that I’ve been looking for in other people, relationships, drugs, alcohol, sex, food, and fantasy.”

Mothica has unique sounding vocals, with a wide range that she uses skillfully in ‘Now’. I like this song as she is so connected to the meaning which means I can be too. I look forward to hearing more from Mothica from her ‘Blue Hour’ album. Check out ‘Now’ here. 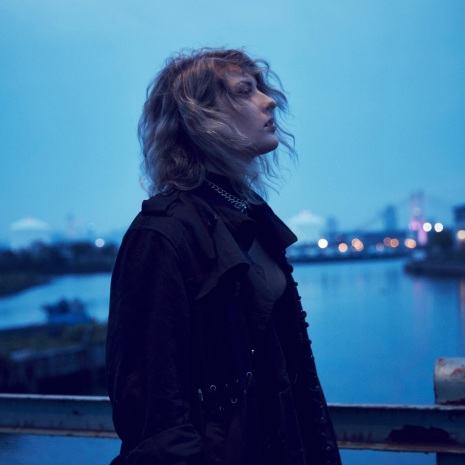