Alt-country and indie-folk artist from Nashville via Brooklyn, Hayes Peebles has an unique sound sitting somewhere between country, blues and rock. When Hayes Peebles made [...] 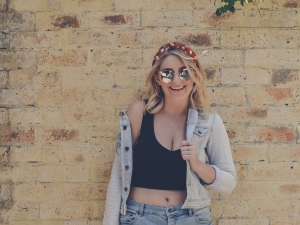 Today Brooke Lambert releases her music video for ‘I Don’t Wanna Hate You’ that has already made a splash on the itune charts. This song is super [...]

Jenny Mitchell has released her new single, ‘Wildfires’, the title track from her upcoming second album due for release later this year. Jenny’s previous album, The Old [...]

‘I Belong to You’ by Edward and Graham has a urban cowboy theme. This Chicago based band likes to mix retro sounds with more modern music. ‘I Belong to [...]

Shane performs at the Broadbeach Country Music Festival tonight! Jen catches up with Shane to chat about his new album and of course the festival. On your Facebook I saw you [...]

After just one year and one EP Josh Setterfield has achieved great milestones as a ‘new country’ artist on the scene. The singer/songwriter unveils his next single and [...]

The Muster has broadened its appeal this year, while remaining true to its roots, with a number of artists performing who have boosted their profiles and careers on [...]