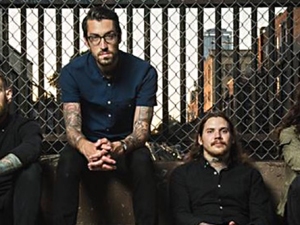 THE DEVIL WEARS PRADA ANNOUNCE HEADLINE NO SUN / NO MOON TOUR FOR FALL 2017 VEIL OF MAYA, THOUSAND BELOW, AND SPECIAL GUEST TO BE NAMED LATER TO SUPPORT ALL TOUR ATTENDEES TO [...]

As Paradise Falls’ new full-length album Digital Ritual will be out July 21, 2017 via Eclipse Records. Brisbane’s AS PARADISE FALLS have premiered their new music [...]

ARIA Hall of Fame members and Australian legends, The Church, are currently putting the finishing touches on the follow-up to their internationally critically acclaimed last [...]

Two Nights In October At The Iconic Royal Albert Hall Sell Out In 7 Minutes ALTER BRIDGE is on a mission: to continue to expand themselves musically while showing that they [...]

Today Destroy All Lines are pleased to announce the following locals will be added to the below shows: 5th July at The Triffid, Brisbane Lic AA – Kings At Heart 6th [...]

Brisbane’s Stepson are revealing their brand new video/single ‘Come With Me’ and announcing their celebratory Australian tour – alongside mates [...]

Little Brother aka John Floreani of Trophy Eyes has finally announced his long-awaited debut Australian tour. Taking some time out of the Trophy Eyes Australian headline [...]

Brisbane’s metal lords Lavidius are taking things up about 20 notches with their brand new single and video – Cold & Alone. Cold & Alone will be released [...]